The Kansas City Chiefs skipped the NFL’s Wild Card weekend for the fourth time in five years after tying the Philadelphia Eagles for the best record in the league at 14-3.

That success allows the Chiefs to host the fourth-seeded Jacksonville Jaguars in Saturday’s AFC Divisional Round at Arrowhead Stadium with a week of rest and preparation time under their belts.

The game is scheduled for 3:30 p.m. on NBC, and Kansas sportsbooks list the Chiefs as an 8.5-point favorite with a moneyline of -450.

Kansas City is currently the odds-on favorite at BetMGM Sportsbook Kansas to hoist its second Vince Lombardi Trophy in four years, listed at +290. Buffalo is second at +325, followed by San Francisco 49ers (+400) and the Eagles (+500).

BetKansas.com wanted to know how previous NFL teams that secure first-round byes over the past decade have fared in the Divisional Round, and how that might help you place wagers on Kansas betting apps.

How NFL Teams With a Playoff Bye Fare


Throughout the NFL playoffs, BetKansas.com is the place to go for Kansas sportsbook bonus code information.

What Teams Can Expect in Divisional Round

That success rate took a hit last season when both No. 1 seeds lost in the Divisional Round, with Tennessee falling to Cincinnati (19-16), while Green Bay lost to San Francisco (13-10).

The 2022 NFL postseason represented just the second time multiple teams with a first-round bye lost their Divisional Round, joining the 2016 playoffs.

That year, the second-seeded Chiefs and Dallas (the NFC’s top seed) fell, losing to Pittsburgh and Green Bay.

In the two postseasons since the NFL dropped the number of teams with first-round byes to one, the results have been split — with top-seeded teams in each league going 2-2.

What We Can Expect From the Chiefs

If you’re looking for NFL betting in Kansas trends, the Chiefs have had little trouble in the Divisional Round over the past half-decade — Kansas City has won each of its last four contests in the second weekend of the NFL’s postseason.

The team’s last loss in the second round of the playoffs came against the Steelers six years ago, when Pittsburgh won the game despite never scoring a touchdown.

In all, Steelers kicker Chris Boswell booted six field goals, while Chiefs running back Spencer Ware and receiver Albert Wilson were the only players to score touchdowns.

In the past five Divisional Round games featuring the Chiefs, they’ve outscored their opponents 164-103, vanquishing a host of AFC teams during that stretch.

The Chiefs’ largest margin of victory during that stretch came in 2019, when they routed the Texans 51-31, en route to the team’s first Super Bowl championship in 50 years. 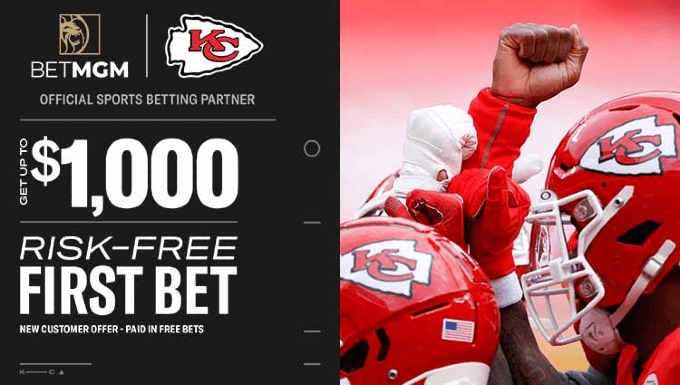