As futures wagers go, taking a flyer on an NFL MVP winner is akin to buying a lottery ticket. And you’ll get similarly lousy odds just as you would playing the Daily Big 4 or whatever.

However, there is the lure of a relatively big payoff if you think your guy is ready to have a lights-out season and that his team will rally around him and make the playoffs, and — don’t forget this one — he can manage to not get hurt.

So, if you want to try your luck on having the planets align just right, there are some markers that may point the way to whom has a decent chance of winning the Associated Press MVP for the league.

For starters, it will probably be a quarterback.

Since 2000, there have been 19 QBs chosen as winners (two in 2003 because of a tie between Indianapolis’ Peyton Manning and Tennessee’s Steve McNair). The other four MVPs were all running backs, the most recent being Minnesota’s Adrian Peterson in 2012.

And the track record tells us that you better be looking at a veteran — 90.9% of the last 23 winners have been 26-years old or older. Baltimore’s Lamar Jackson was just 22 throughout the 2019 regular season when he was the unanimous MVP, but he was certainly an anomaly.

Kansas sports betting sites aren’t online yet, but hope to be live by the start of the NFL season.

Among the top MVP contenders on Kansas betting apps for 2022, the Chiefs’ Patrick Mahomes checks a lot of the boxes. He certainly plays the right position; he won the MVP before; he’s 26 going on 27 (in September); the Chiefs are currently the third favorite to win the Super Bowl at +900, and Mahomes was a Pro Bowler after the 2021 season.

Much the same could be said of the short-odds candidate, the Bills’ Josh Allen, but despite a fantastic season, he didn’t make the AFC Pro Bowl roster. The AFC QBs were the Chargers’ Justin Herbert, Mahomes and Jackson.

However, the Bills are the preseason favorite to win the Lombardi Trophy at +600.

Will Loss of Hill Hurt Mahomes?

A question looming for Mahomes’ production is whether he’ll be adversely affected by the absence of speedy wide receiver Tyreek Hill who was traded to Miami in the offseason for a fistful of draft picks.

The MVP battle for Mahomes might even come down to a slew of heads-up showdowns with Super Bowl contenders.

On Oct. 16, Allen and the Bills are in Kansas City for a game that has the added drama of recent history. The Chiefs ended the Bills’ season in the last two playoffs, including a heart-pounding 42-36 overtime game in January that prompted a rules change for playoff games that go into OT.

Mahomes and the Chiefs also draw Tom Brady, the acknowledged GOAT QB and a three-time MVP, and the Buccaneers in Tampa Bay; Cincinnati with Joe Burrow (+1200 for MVP, by the way) also on the road; the world champion L.A. Rams and veteran QB Matt Stafford (+1400 for MVP) at home, and the divisional-rival Chargers with Herbert twice for their AFC West home-and-away set.

When the state’s sports betting market does come online, BetKansas.com is the place to go for the latest and best Kansas sportsbook promos. 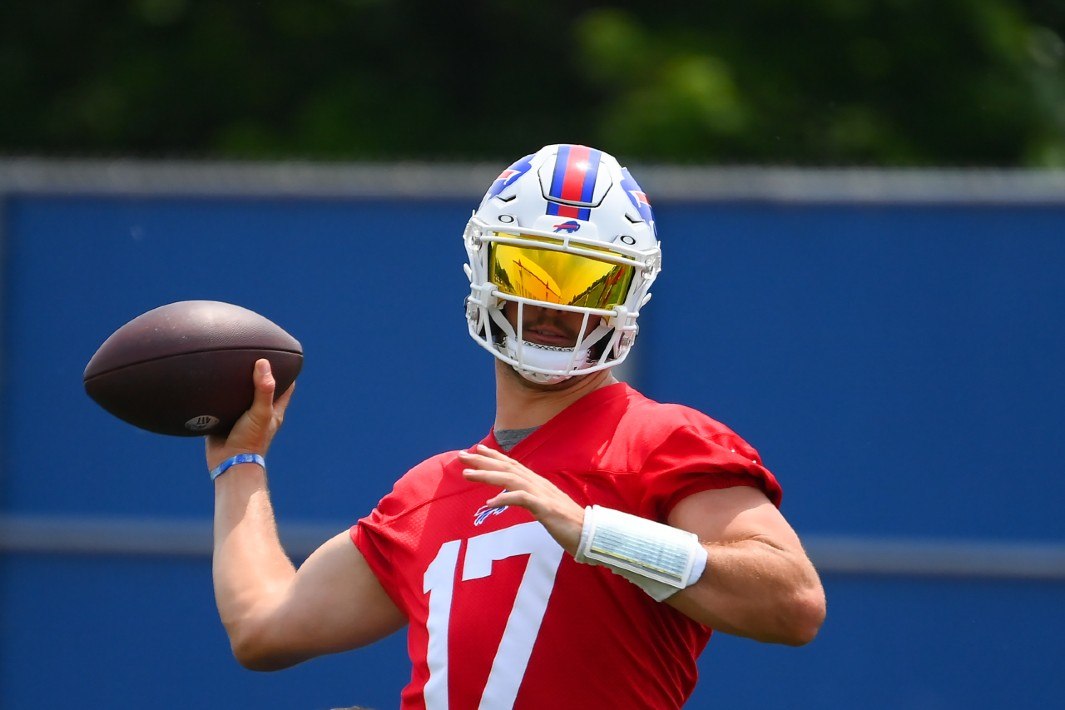 In the preseason MVP futures at BetMGM, the shortest odds are on Buffalo QB Josh Allen at +700.

Some other markers to look at are that 72.7% of the actual MVP winners were not among the top five MVP candidates the previous year but most (63.5%) did appear in the Pro Bowl the year before.

Showing that individual performance and team outcome go hand-in-glove, 63% of MVP winners were on teams that were among the top 10 in preseason odds to win the Super Bowl.

Bill Ordine, senior journalist and columnist for BetKansas.com, was a reporter and editor in news and sports for the Philadelphia Inquirer and Baltimore Sun for 25 years, and was a lead reporter on a team that was a finalist for the Pulitzer Prize in Breaking News.