Survey: Kansas Sports Betting Should Be a Hit This Fall

With the rollout of Kansas online betting set for this fall, it’s worth asking how ready Sunflower State residents are to wager at home.

Kansas joined the more than 30 states and District of Columbia that have legalized sports betting this spring, when the state’s legislature passed SB 8, which greenlit mobile and retail wagering in the state.

The bill allows each of the four state-owned casinos — in addition to tribal gaming facilities and in-state professional sports teams — to partner with betting operators, creating what should be a wide-open market.

BetKansas.com recently conducted a survey with Kansans to see how excited they are about the dawning of the sports betting era in the state.
Here’s what our survey found:

How Many Kansas Residents Are Betting? 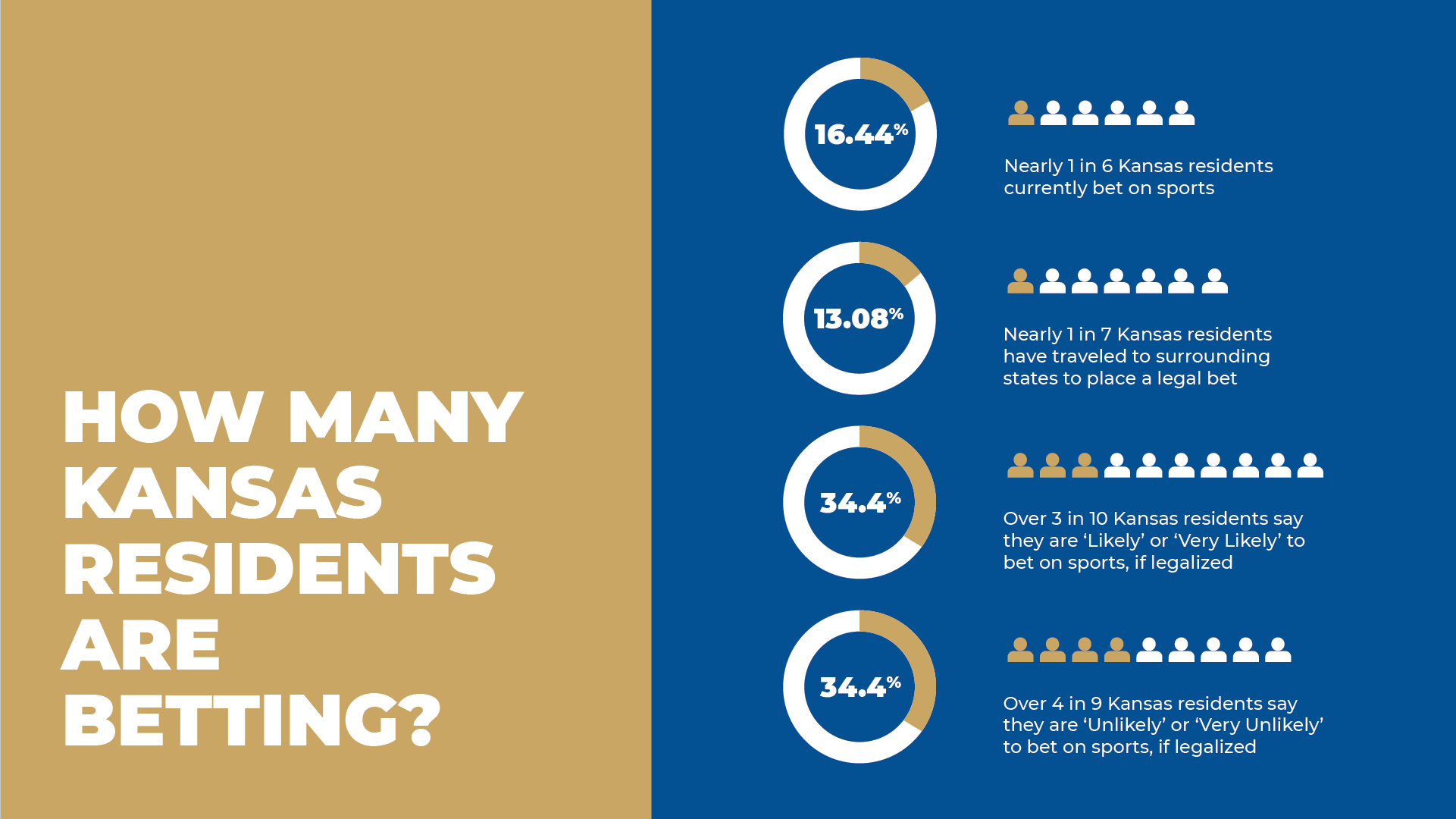 More than one-in-three (34.4%) Kansans are either “likely” or “very likely” to wager on sports once the state’s market launches.

Some 13% of those surveyed say they have ventured across state lines to place a wager in a state with legal sports betting, such as Colorado or Wyoming.

A slightly larger contingent (16%) of those surveyed said they currently bet on sports, either in another state or via an offshore sportsbook.

On the flip side, 81% of respondents said they do not currently bet on sports, with 84% saying they’ve never traveled across state lines to place a wager.
In total, 44.9% of those surveyed said they are either “unlikely” or “very unlikely” to bet on sports, compared to the 34.4% that said they would.

How Frequently Will Kansans Bet? 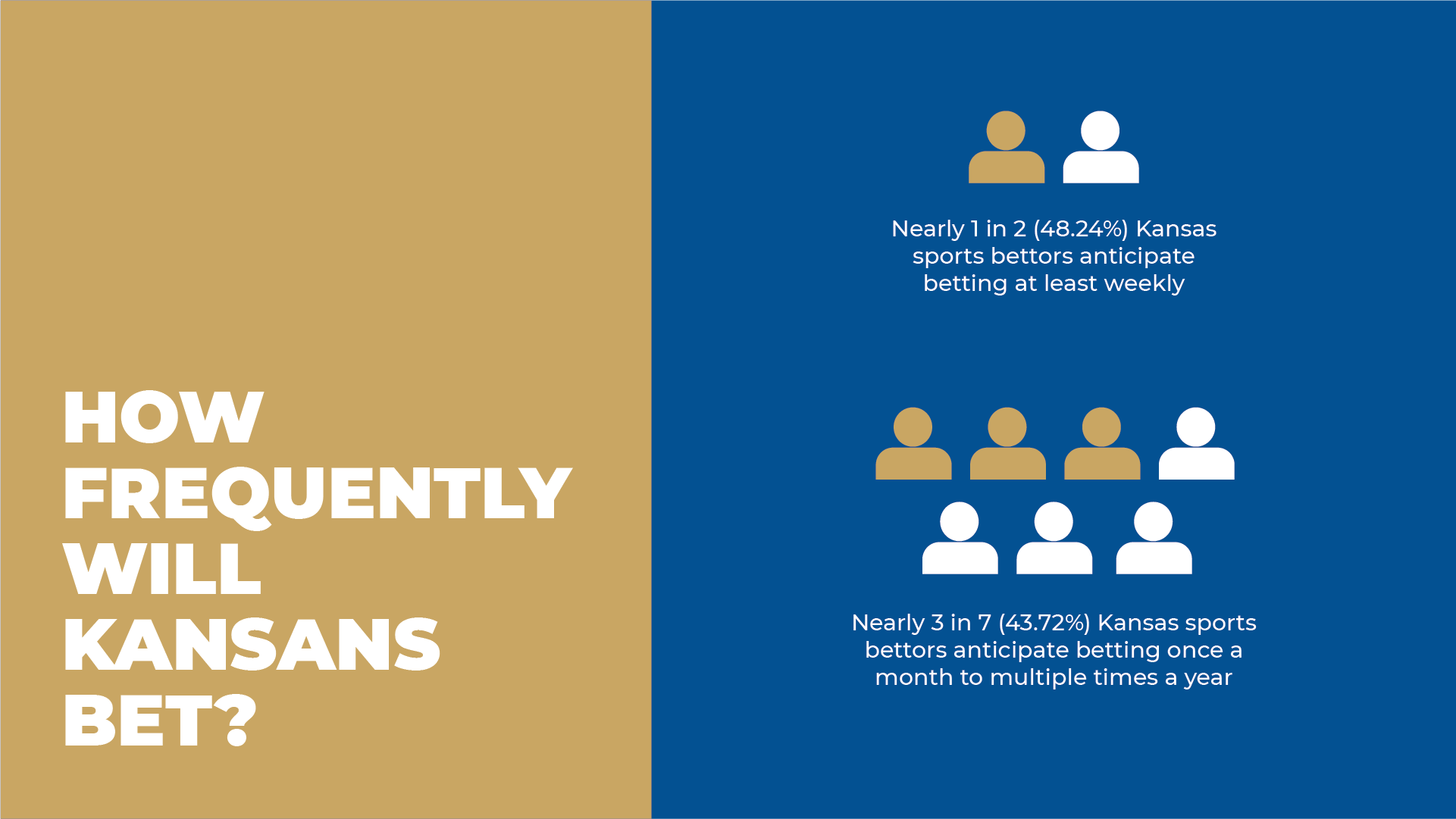 One thing that emerges when you study the BetKansas.com survey is Kansans that plan on wagering appears to have already set their limits.

The survey found 48.2% of self-identified sports bettors say they anticipate betting at least weekly, with 43.7% of that subset expecting to do so at least once a month to multiple times a year. 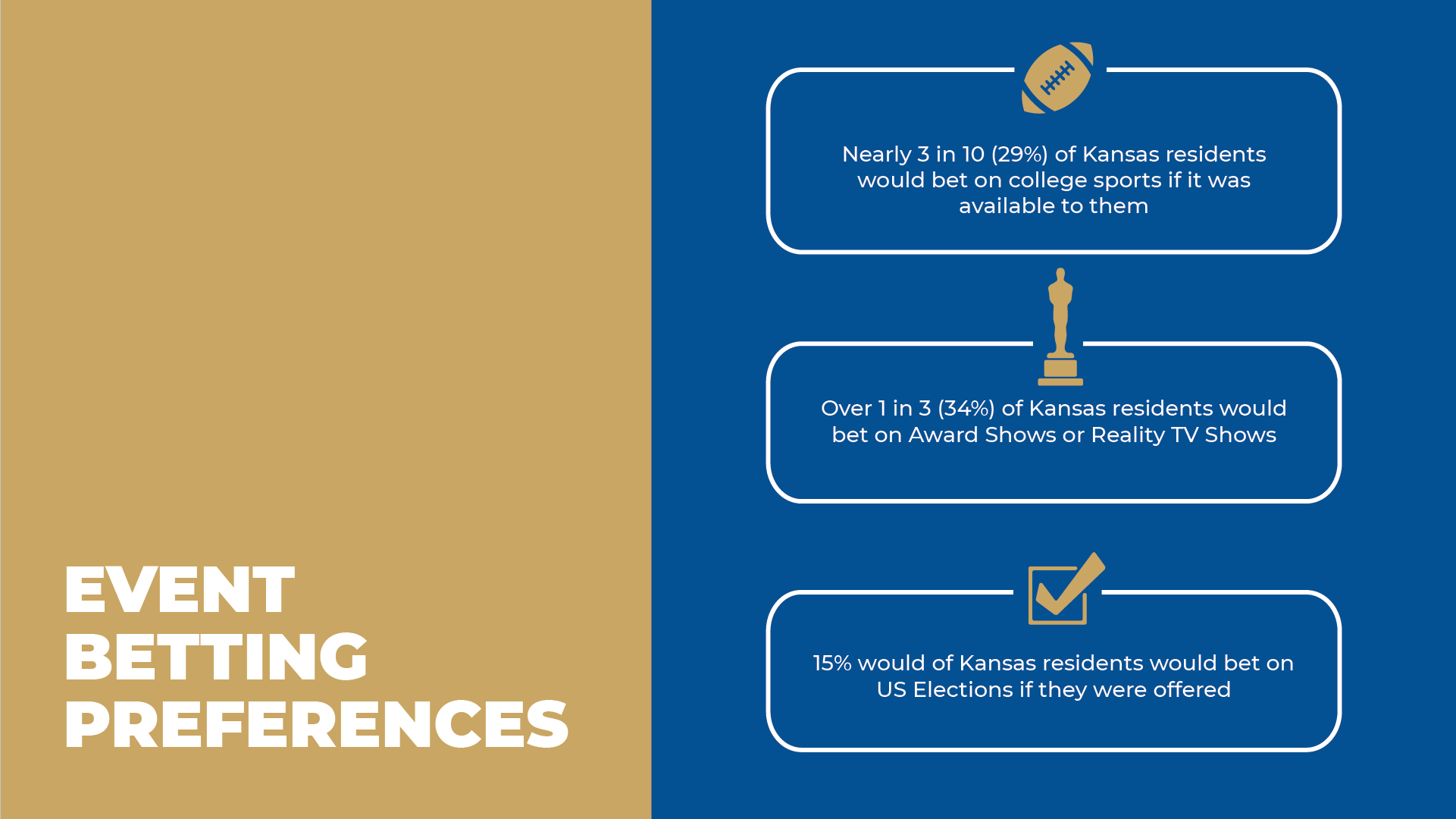 Of those surveyed, a strong subset would be more than happy to use Kansas mobile betting apps to wager on college games, such as ones involving Kansas and Kansas State.

The Wildcats are a darkhorse to win the Big 12 Conference, and when they take on Missouri on Sept. 10 sports betting could be online for interested fans.

A total of 29% of respondents said they would bet on college sports if it’s allowed by the state, compared to 16.6% that said they’d bet on award shows, 17.7% that would wager on reality TV shows, and 15.6% that would bet on U.S. elections if allowed. 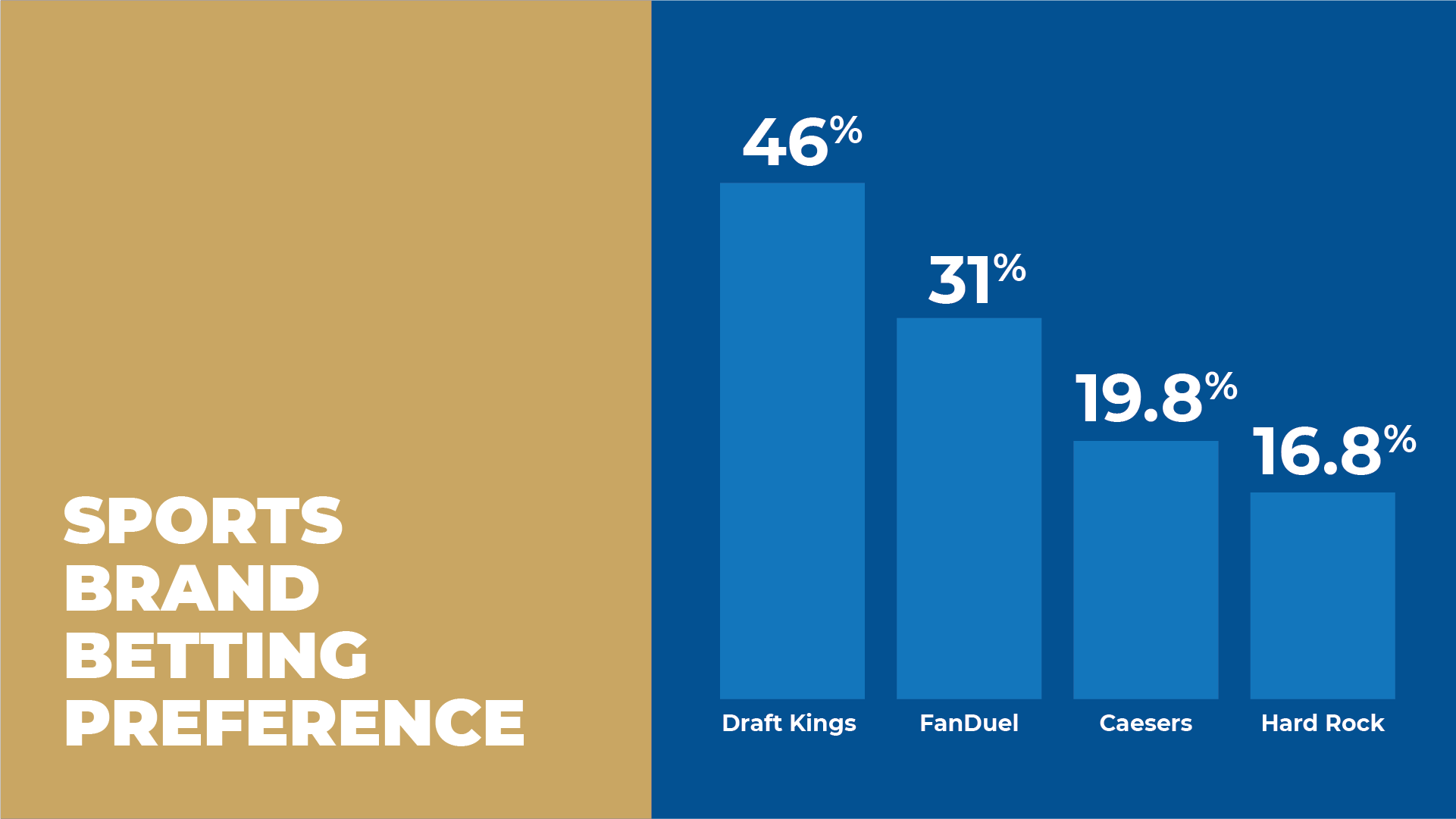 As far as brand loyalty is concerned, it appears DraftKings Sportsbook Kansas already has an edge in the Sunflower State.

A total of 46% of respondents said they prefer the Boston-based operator, compared to 31% that chose FanDuel Sportsbook Kansas, which was the next closest competitor.