Kansas City Chiefs quarterback Patrick Mahomes is deservedly among the betting favorites for NFL MVP heading into the upcoming the season. Along with the Chiefs playoffs chances, it's clear sportsbooks feel Kansas City and their star QB are poised for a huge year.

According to BetMGM Kansas Sportsbook, Kansas City's star-QB heads into this NFL season tied with the second-best odds to win the NFL’s Most Valuable Player award. Patrick Mahomes NFL MVP odds are +550, which carries a 15.4% implied probability.

Mahomes' odds for MVP place him right behind Josh Allen (+450) and ahead of Justin Herbert (+750). Back-to-back MVP winner Aaron Rodgers is listed fifth at +1400.

Mahomes won MVP back in 2018, his first year as a starter, throwing for 5,097 yards and 50 touchdowns. Mahomes, who only turns 27 this season, has a great chance at another MVP win before his career is up, including in 2022.

Tyreek Hill is gone and the AFC West has emerged as the toughest division in football. If Mahomes and the Chiefs overcome that and maintain the dominance they’ve displayed for four years now, Mahomes will likely be in the running for the NFL MVP 2022.

The key to a Mahomes MVP may lie in the turnover numbers. Last season he had a career-high 13 interceptions, while Aaron Rodgers brought home the MVP with a 38:4 TD:INT ratio. Single-digit picks and strong statistics elsewhere will make the Chiefs star a compelling choice once again.

The year that Mahomes won MVP, he also won NFL Offensive Player of the Year (OPOY), so it certainly can be done. However, these awards have started to split. MVP has been almost an entirely quarterback award, while OPOY has been an award for running backs and wide receivers. Three straight winners have been either a WR or RB.

If Mahomes’ statistics are so strong that he wins Offensive Player of the Year, there aren’t many scenarios where he wouldn’t be the league’s MVP.

Mahomes' +2200 odds are the second-best odds among quarterbacks and tied for 9th best overall. If the Chiefs passer comes close to the 5,000 yard, 50 TD season he put together in 2018, it would be hard to not give him the award.

Patrick Mahomes is now +550, or about a 15.4% chance, to win NFL MVP this season according to BetMGM Kansas, which gives him as the second-best odds of any player in the league. Mahomes is just behind Josh Allen to win the NFL MVP in 2022.

All the top online sportsbooks in the US offer NFL MVP odds but we recommend betting on Patrick Mahomes to win the MVP at BetMGM Sportsbook if you live in or are visiting a state with regulated mobile sports betting. 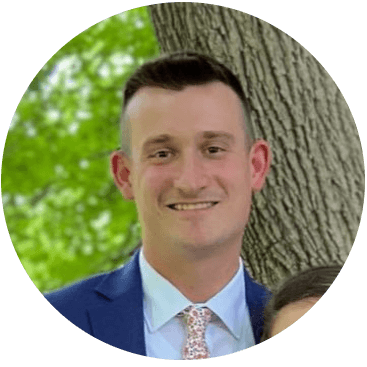 Griffin Carroll is a betting analyst for BetKansas.com. Griffin is a full-time professional sports bettors and social influencer in the world of sports betting and daily fantasy.